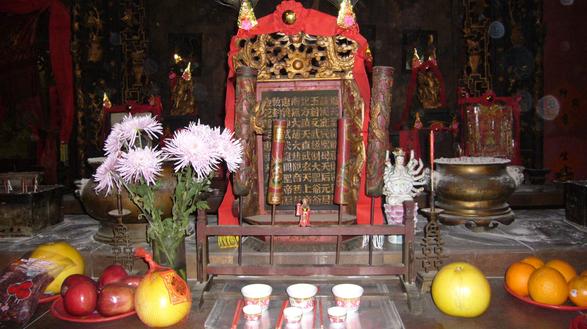 The Temple and the Gods it Honors 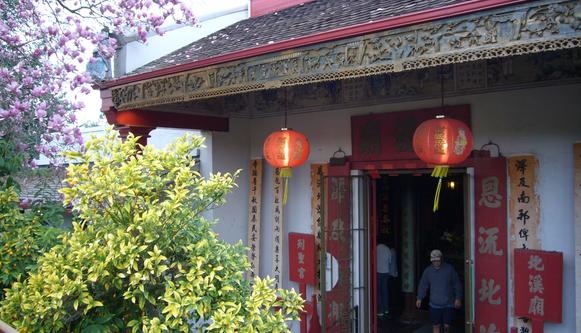 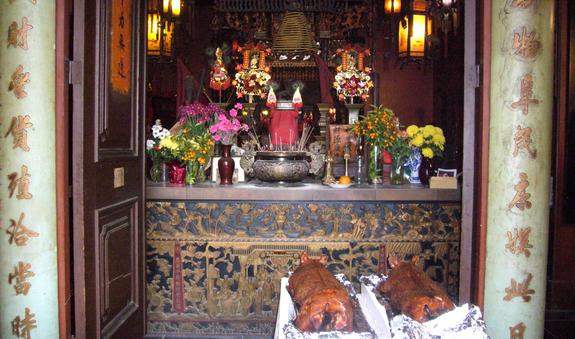 When the Chinese came to Marysville during the Gold Rush Days, they brought their myths, idols, customs and religion with them. By 1854, about five years after the first contingent of Chinese arrived in California from the Orient to work the mines, they erected here a Temple, the Bok Kai Mui, where they could house their Gods and go to worship.

There are several Gods placed in the Temple. This is the reason one of the Temple’s standards bears in Chines writing: “Palace of Several Saints.”

Bok I (or Eye) is the central Deity in this place of worship. Of the five Gods in the main altar, Bok Eye is situated in the center, flanked by the others.

Bok Eye is believed to possess powers controlling floods, waters of irrigation and the rains. He is also called Hsuan-Tien Shang-Ti, Lord of the Black (Pavilions of) Heaven Chen Wu, and Peichi Yusheng Chen-chun. Bok Eye, according to the Chinese, means Northern or Dark North (Bok) and God (I or Eye).

The first Bok Kai Temple was built nearly two blocks upstream on the Yuba River from the present structure. It was appropriately named the Bok Kai Mui, which means Temple (Mui) of the North (Bok) side of the stream (Kai). (This particular site is now part of the area where the Marysville Levee Commission building and the Yuba River Sand Company are located, near the corner of First and B Streets.) When the original Temple was destroyed, the present one was built on property that was once the site of a bathhouse near the river. It was dedicated in March 1880.

The present structure, a charming edifice filled with treasured items, has been the focal point of a restoration project initiated in 1947 by the entire Marysville community. The Temple restoration project since then has involved thousands of dollars, and yet there is more work to be done to complete the task.